This invite-only, audio-based iPhone app is like listening in on someone else’s phone call, legally. Here’s what you need to know about Clubhouse, including how Elon Musk figures into its recent surge.

Wondering why you’re hearing a lot about Clubhouse lately? Much like the “Gamestonk” controversy, we can partially blame Elon Musk. By popping up in a Clubhouse room in January, the world’s richest man (for now) brought the service a lot of attention. (Bill Gates recently did the same.) Here’s what you need to know about the exclusive chat app everyone is talking about.

Okay, so what is it?Here’s the gist: Imagine you have an app on your phone that lets you listen in on other people’s live conversations. But not in a creepy way; these people want to be heard. They may even be famous, or at least interesting or knowledgeable (no guarantee, however). And you may be given the opportunity to join the chat. Think of it as an audio-chat social network. Or as PCMag’s Jordan Minor says in our review, “What if Twitter was a podcast you lived inside of?”

So there are no pictures or video?No. Only profile pics for each user. 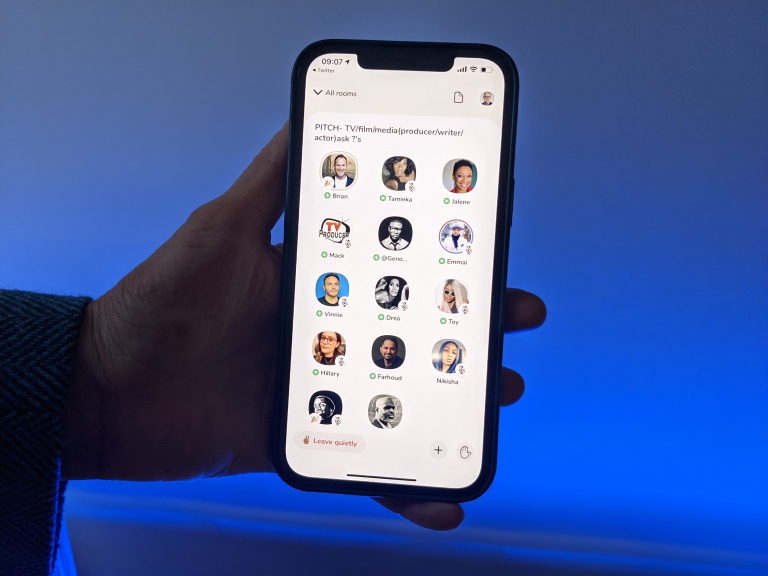 Where can I get the Clubhouse app?Clubhouse is currently only available on iOS. Any iPhone user can download the app, which is where you listen to conversations and how you participate.

Cool, so I can just sign up, right?Nope. At the time of this writing, you need an invitation from an existing Clubhouse user to get access. Every new user gets two invites, and they earn more as they use the app. Ask your friends if they have one. You could buy an invite on eBay or try a “pay-it-forward” invite chains, but be wary of invite scams. It might be best to wait for Clubhouse to open to the world.

Can I use Clubhouse on the iPad?Sure, but it’s not optimized for iPadOS. So you’ll be using the app in a small window, or looking at it in a weird, zoomed-in 2x size. 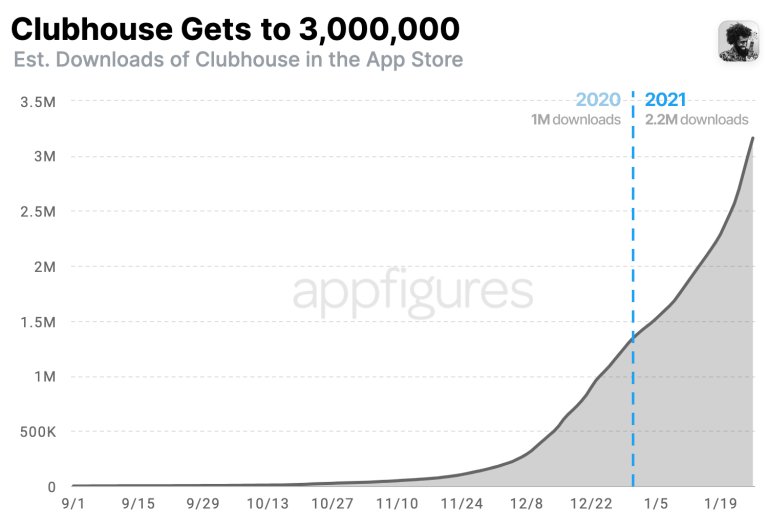 It’s not on Android? WTF!An Android app is in the works. The developers want to scale up slowly, and there are more Android users than iPhone users worldwide. Starting on Android might have killed the Clubhouse servers after a publicity stunt (like, say, having Musk in a room). Still, hitting 3 million users in the short time it did—see the chart above—is a lot of growth.

Naturally, there are scumbags who will take advantage of this. A fake website at joinclubhouse[.]mobi has already circulated a Trojan program pretending to be Clubhouse for Android. It tries to steal your login credentials for almost 500 online services. Be very wary.

So all I need is the app? There’s no website?The only website the company has is joinclubhouse.com, and that’s simply a pointer to the Apple App Store. (Don’t confuse this service with clubhouse.io, either. That’s a project manager.) 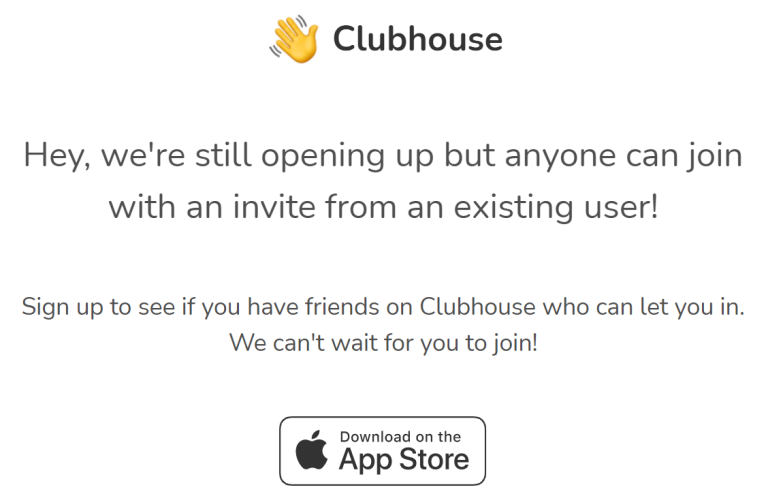 How much of my data does Clubhouse want for a registration?You have to give Clubhouse your phone number and your real name (in theory). You can register the eventual username you want for the service before you even get an invite. The person inviting you simply needs your phone number. You’ll get a link via text, telling you to visit joinclubhouse.com/app and sign in with that number.

Link your Twitter account to Clubhouse if you don’t want to set up a profile from scratch; it’ll even pull in your existing Twitter profile pic. Clubhouse also pushes you to link your contacts, in the name of making it easier to find people to follow. Don’t bother if you don’t have a contact list full of influencers. Once you’re logged in, verify your email address with the service so you have it as a method for reconnecting if there’s an issue.

How am I only now hearing about this? When did it launch?Clubhouse launched (along with COVID in the US!) in March 2020. It became a big deal to a select few in part because of its invite-only exclusivity, much like a real-world club membership. In those early days, it was an incredibly small community, mainly consisting of venture capitalists. After all, the company behind Clubhouse—Alpha Exploration Co.—received a $12 million investment from Andreessen Horowitz after two months of existence. It was quickly worth $100 million—and it only had 1,500 users at the time. Now it’s open to a lot more than investors, even if it is still invite-only access. 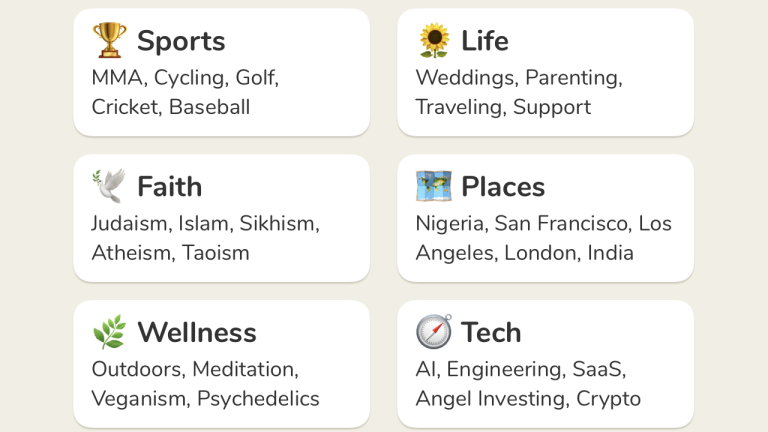 What am I supposed to listen to on Clubhouse?When you finally get access, the app offers a page full of conversational topics to follow, from sports to tech to world affairs to faith to “hustle” and on and on. In each, you’ll find people interested in the same thing, and you can follow them. The more topics and people you follow, the more likely you are to get suggestions for a room that fits your desires.

The conversations aren’t permanent?Conversation rooms come and go as people launch or end them. Clubhouse says it records conversations as they happen, but only retains them if someone files a complaint while the room is live. If no one reports an incident during the chat, Clubhouse says it discards the recording as soon as the host closes the discussion. Users, of course, are finding many ways to record chats for their own purposes. The internet is still forever.https://www.youtube.com/embed/wF2TrKF6HEY

How many people can be in a conversation?The current limit is 5,000 people per Clubhouse room—which Musk busted through, of course. Users in that room started live-streaming the conversation on YouTube, which is one clever workaround for recording what’s said.

What do you really mean by a conversation? Isn’t it like a podcast?It depends on your podcast preferences, but remember—all the people involved are speaking via their iPhones, not fancy audio setups. They don’t see each other, so it really is like listening in on a phone call. There’s no professional editing, no sound effects, no transitions, and no advertising (at least not officially). That said, the “style” of the conversation is flexible: one room might be a casual one-on-one between friends, while another is a more formal talk-show-style interview, a big group discussion, or even a music-sharing session. If someone interesting drops into a room—like a billionaire—the room creator/moderator can put them on the “stage” as a speaker.

So I can only listen in?Not necessarily. Anyone listening in can virtually “raise a hand.” It’s up to the room’s creator/moderator if they want to let you talk.

So, is this really like ‘Medium for Podcasts?’To the extent that it lets anyone create a room on the fly, without any promise of future conversations, it is. Unlike Medium, there’s no official record of it. The conversations are not recorded or stored for future listeners.

Sounds more like Zoom without video.In some ways, sure…or you could always do a Zoom or Google Meet without the video on. But Zoom meetings aren’t open to the general public by default. Clubhouse conversations are open to any member who can find it, not a select few. The virtual dais is limited, which hopefully gives the floor to people with something important or interesting to say. Also, not having to look at the screen while you’re talking is a nice change from today’s daily video calls.

Can I make money?
In theory you can, because Clubhouse is now slowly rolling out a monetization scheme for creators, starting with a small test group. They’re working on it with the payment processing firm Stripe. It’s not ad-based. Users can send an in-app payment to creators, and 100% of the money goes to them, with a processing fee going to Stripe; Clubhouse says it isn’t skimming any of the dough.

RECOMMENDED BY OUR EDITORS

Who’s really going to use Clubhouse?Right now, Clubhouse is for people who like to talk and miss having an audience—like needy celebrities—or lurkers who want to be the fly-on-the-wall near interesting conversations. Clubhouse may be the balm they need during another COVID winter. Eventually, as it grows and becomes a big deal, it may be a new medium we all have to keep an eye on.https://www.youtube.com/embed/TyCeGwq0_LU

Wait, wait wait. There are celebrities?Yeah, Kevin Hart, Drake, Tiffany Haddish, and a handful of others are using it. In fact, the app is becoming popular in the Black entertainment community, in particular. Haddish was the first person to break 1 million followers on Clubhouse, which should tell you that the service is well past that 1,500 users mark. But that may play into the “pretentious, clout-chasing atmosphere” we noted in our review.

I feel like I can do this somewhere else.
Clubhouse knock-offs—I mean competitors—are coming. Because, like everything else in tech, when there’s blood in the water, the big sharks come swimming. (Remember when everyone wanted to be TikTok?) Shark Tank‘s Mark Cuban, an early Clubhouse user, is involved in one called Fireside. Twitter is testing Spaces. Of course Facebook will get in on the act. Its Instagram app has already improved its group live streaming feature called Live Rooms to allow more than two users to stream together (but with video). It’ll only get worse. One thing the existing competition (such as it is) has over Clubhouse already: they work on Android. 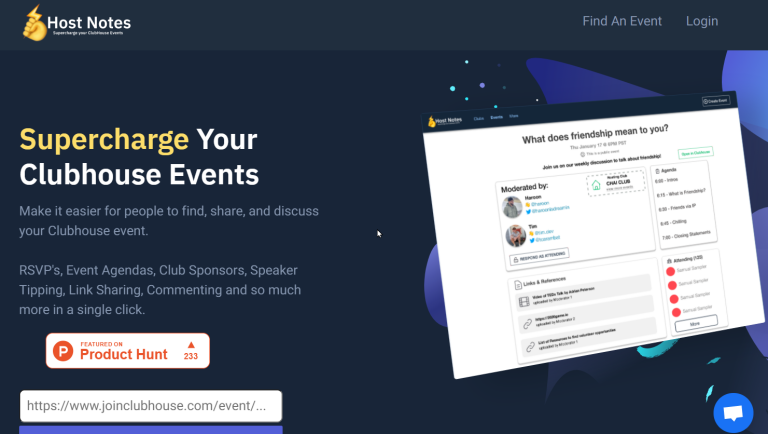 Are third parties making any Clubhouse add-ons?
Yes, but it’s not easy as there’s no application programming interface (API) for developers to actually tie things into the Clubhouse experience. For example, Direcon wants to help you with analytics for Clubhouse convos (for $50 per month) but initially that meant a little too much exposure to user info. There are a few other tools like sound boards (every conversation benefits from sound effects), a Telegram-based conversation recorder, audience Q&A boards, Clubhouse-specific link shorteners, and a bunch of apps for adding a ring of color on your Clubhouse avatar. Which all shows that Clubhouse needs to make decision soon about an API.

What are the downsides of Clubhouse?The service has had some issues already with hate speech and abuse, so it had to institute community moderation guidelines in October. It made a common mistake—believing it could trust users to not be jerks. There are always jerks.

It’s been blocked in China as of February 8, 2021, as it offers a little too much freedom of expression for the government there. That’s only a downside if you live in China.

Also bad: the service has already suffered its first data breach, after a third-party developer in China tried to create an Android version of Clubhouse that wouldn’t require an invite.

Privacy could also be a problem. As Inc.com reports, Clubhouse doesn’t spell out how long it retains those complaint-related recordings (“when the investigation is complete,” is all it says), or who at the company has access to them. Clubhouse is also scooping up other info about you, not only from what you share (your contacts and social media) but what others share (their contacts and social media). It’s always tracking you with all the usual tricks, like cookies.

What if I want to quit this club?
Previously, you had to email “support@alphaexplorationco.com” to ditch Clubhouse, but following user complaints, you can now deactivate your account by going to Settings > Account > Deactivate Account. 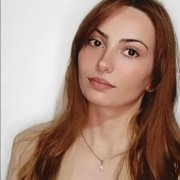 INSTAGRAM BOTS – WHAT THEY ARE AND WHY YOU SHOULDN'T USE THEM