Phasmophobia, the hit indie horror game about hunting ghosts, has gained much popularity among gamers.

Now gamers are curious whether Phasmophobia is coming to Xbox or not.

This article will discuss everything you need to know about Phasmophobia on Xbox. Release date, price, and all the latest news.

Phasmophobia is a cooperative multiplayer horror game in which players take on the role of paranormal investigators—the game tasks players with investigating haunted locations and gathering evidence of supernatural activities.

Phasmophobia is played from a first-person perspective, and players must use a variety of ghost-hunting equipment to collect evidence and track down the source of the hauntings.

Phasmophobia also features a day-night cycle. Players must be careful not to be caught by ghosts at night, as they are much more active during this time.

How to play Phasmophobia?

Players gather in a lobby to prepare for the contracts by choosing their paranormal investigator. Phasmophobia allows players to customize their appearance with eight different looks.

The contract location and difficulty (Amateur, Intermediate, Professional, or Nightmare) are selected on a whiteboard in the lobby. Everything needed for the contract is purchased here and loaded into the van before departing.

Why is Phasmophobia so popular?

According to recent statistics, Phasmophobia was the sixth most popular game on Twitch as of October 15, 2020. It’s because Various well-known Twitch streamers and YouTubers have shown an interest in this gruesome game. It was mainly famous for the Halloween season, and For several weeks, it has also topped the Best Selling Games on Steam.

No, Phasmophobia is not free. The game currently costs $13.99 on Steam. The one purchase allows users to play on a monitor or in VR — there is no separate Phasmophobia VR version.

Is Phasmophobia on PC only?

In 2022, Phasmophobia is only available for PC gamers as an early access game via Steam and VR.

Phasmophobia isn’t available on Xbox or other consoles yet.

But The developers have confirmed that the game will be released on mainstream gaming consoles, Xbox and PlayStation. However, we don’t know when.

Is Phasmophobia on Xbox?

No, Phasmophobia is not now available on Xbox One. However, there have been rumors that the game may be coming to the console in the future.

How to get phasmophobia on Xbox?

Currently, there is no way to play Phasmobia on Xbox One. The game is not available on the console at this time, and gamers aren’t able to download phasmophobia on Xbox consoles. But the good news is it might become accessible in the future.

What device can you play Phasmophobia?

Right now, you can only play Phasmophobia on PC. the requirements for this game are:

When is Phasmophobia coming to Xbox One?

There is no official release date for Phasmophobia on Xbox One. However, rumors exist that the game may come to the console soon. These rumors are unconfirmed, and it is unclear whether they are true.

Meanwhile, the developers have said they are not currently working on an Xbox One game version. However, they have not ruled out the possibility of the future release of the game on Xbox One.

Phasmophobia is a horror game with a unique twist. Instead of simply trying to survive against monsters, you must also use your wits to figure out what kind of monster you’re up against. The game was released for Microsoft Windows on October 8, 2020.

Phasmophobia is still in early access and is only available on pc. Considering Kinetic Games is an indie gaming company with a small team of developers, we can’t expect the game to come to consoles sooner than 2024. 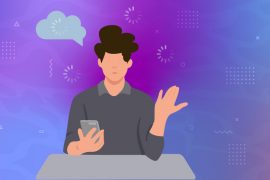 How to limit comments on TikTok